Timing and synchronization are vitally important to the world around us. In most cases, signals transmitted via satellites are used to provide this service. However, satellite signals can potentially be disrupted, posing a potential threat to security and continuity. New technologies offer a solution, enabling us to arrange timing and synchronization via optical connections. These crucial services can be delivered via Eurofiber's network. Partnering with OPNT and VSL, we aim to provide a back-up or alternative to satellite-based synchronization by routing the signals through terrestrial networks. By taking this initiative, Eurofiber and its extensive fiberoptic network make an important contribution to security and digital resilience in the Netherlands.

In modern society, we rely on infrastructure for our day-to-day lives without realizing the complexity behind it. An important requirement for many modern digital infrastructures is time or frequency synchronization. In most of these cases, GNSS satellite signals (e.g. GPS or Galileo) are used for synchronization purposes. The inconvenient truth is that this dependence on GNSS signals introduces a serious weakness in our critical digital infrastructure. If these GNSS signals were lost for whatever reason – such as satellite damage resulting from a solar storm or deliberate tampering with criminal intent – the impact of that signal loss would be incalculably massive.

Loss of GNSS signals leads to failures in time synchronization between locations in the digital infrastructure, ultimately resulting in network outages. That has direct consequences that affect the fabric of our lives.

A vivid example: When you’re done at work, you can no longer rely on satnav to guide you on your drive home. You won’t be able to stop to pick up food for dinner on your way back home, either: grocery stores are closed, since all telecommunications have stopped working and you can no longer make electronic payments or get cash from the ATM. Even after you make it home, you can’t be sure that the power will stay on. And if your power supply is unreliable, the food in your refrigerator will eventually spoil… and your central heating won’t work either. The widespread infrastructure failure across the US state of Texas caused by the unprecedented February snowstorm showed all too clearly how profoundly people’s lives are affected when basic services become unavailable. 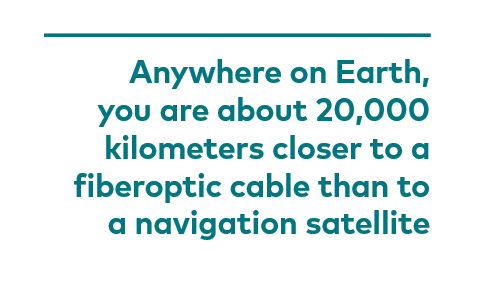 It is clear that GNSS has become an invisible utility ­– a utility without any secured backup technology. Fortunately, a backup solution based on fiberoptics is available for synchronization purposes, only awaiting government support to secure all critical infrastructures and safeguard homeland security.

Ultimately, it will become possible to wirelessly broadcast the distributed timing signals terrestrially, creating a backup positioning alternative to GPS and/or Galileo (see SuperGPS TU Delft [1]). Based on this improved optical network, it becomes possible to achieve positioning accuracy within 10 cm, both outdoors and indoors. This means accurate positioning can be realized in tunnels, which is important for self-driving cars. This level of pinpoint accuracy is also important in hospitals and in responding to 112 emergency calls.

Clearly, there is an urgent need for governments to secure the continuity of their critical digital infrastructure. GPS is a strategic military system that was initially designed to serve the US armed forces. Over the course of time, the world slowly adopted GPS timing signals to optimize networks – including critical infrastructure. The US Department of Homeland Security (DHS) recognized the vulnerability posed by this fundamental dependence and started to evaluate alternatives. Similarly, the US Department of Transportation (DOT) began exploring alternatives to protect critical infrastructures and eliminate excessive dependence on GPS[2]. In parallel to the American efforts, the UK[3] launched a program to make British time provisioning hack-proof and less dependent on GPS and Galileo, and other countries have also been investigating their options.

The EU recently issued a call for tenders[4] to look for a GNSS backup solution as well. The tender documentation explicitly underlines the importance of this issue. For example, positioning, navigation and timing (PNT) services contribute to approximately 10% of the European gross domestic product. GNSS is the back-bone of PNT services as well as the hidden utility in many sectors, and its central role will only increase in the future. And, as explained above, there is a need for alternative PNT capacity, without a common mode of failure with GNSS.

The Netherlands is also aware of the risks involved, as stated in the Knowledge and Innovation Agenda (October 2019). This policy document formulates the ambition of achieving a robust national PNT solution by 2030 at the latest. Resolving this issue is a longer-term priority for the Dutch government.

An ideal alternative to satellite-based time transfer over long distances should preferably be based on fiberoptic infrastructure, which by nature is hard to jam or spoof. This could be achieved using a timing protocol which was initially developed at CERN and has now been integrated into the IEEE 1588 standard, and is commercially available for telecommunications networks. This timing protocol enables accurate, reliable time distribution over long distances, as has been demonstrated in real-time on the Eurofiber network.

When the infrastructure and time distribution technology are connected to a UTC realization, the timing signal becomes reliable and traceable to UTC, and can therefore be recognized as a source of legal time. The Netherlands is developing a robust and accurate timing infrastructure, available at nearly every location throughout the country, which is being realized by a coalition of three partners: Eurofiber, OPNT and VSL.

We would like to invite all stakeholders, including the Dutch government, to join this coalition and start building a robust, future-proof and open national PNT solution in the Netherlands. 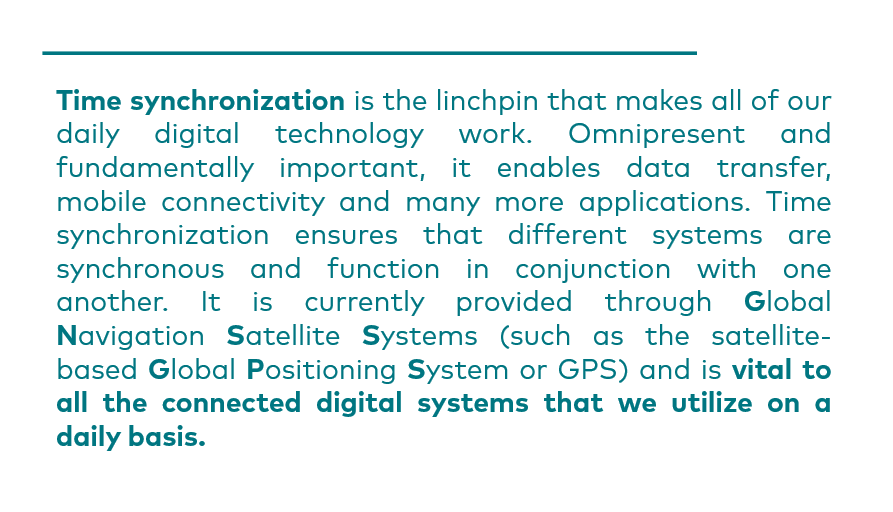 Eurofiber again expresses confidence in partnership with Speer IT
Eurofiber published its CSR report on 2021
QuTech, Eurofiber and Juniper Networks partner to deploy a Quantum testbed in The Netherlands
Eurofiber completes a Euro 1.5 billion sustainability-linked refinancing
Eurofiber Belgium wins prestigious innovation award
Continued strong 2021 performance with 15% revenue growth to 217 million
Some modules are disabled because cookies are declined. Accept cookies to experience the full functionality of this page.
ACCEPT COOKIES
We use cookies to optimize the website, no personal information is stored. Learn more
DECLINE COOKIES ACCEPT COOKIES